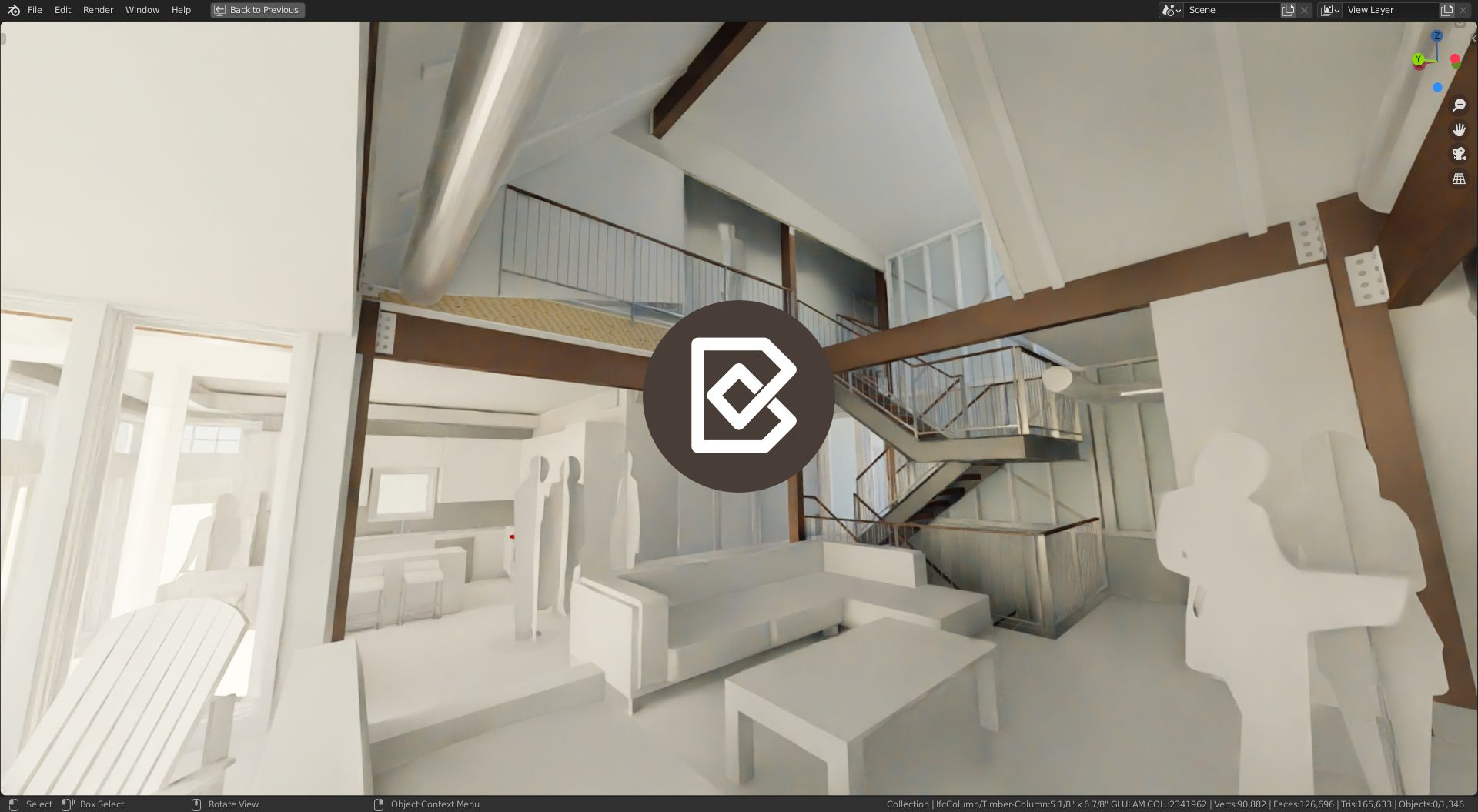 In this release, the focus has been on improving the ability to round-trip IFC data. Historically, many proprietary software have treated IFC as a transport format, usually for read-only view between applications. The native proprietary format remained as the primary source of truth. This mentality has led to the data quality in IFC being relatively poor.

With the improved ability to round-trip IFC data, this allows IFC to replace the native file format and be used as the primary source of truth. IFC can change from being seen as a transport method to a database where all BIM applications can connect to.

Finally is the ability to migrate across different IFC schemas. The BlenderBIM Add-on tries to encourage production of IFC4 data, but this can lead to complications if users wish to upgrade or downgrade IFC datasets. A new built-in migration utility allows the BlenderBIM Add-on to gracefully convert between schemas, whilst retaining IFC data as much as possible.

These three round-tripping capabilities are unique in the industry and are a great demonstration of where free and open-source software far surpasses proprietary solutions.