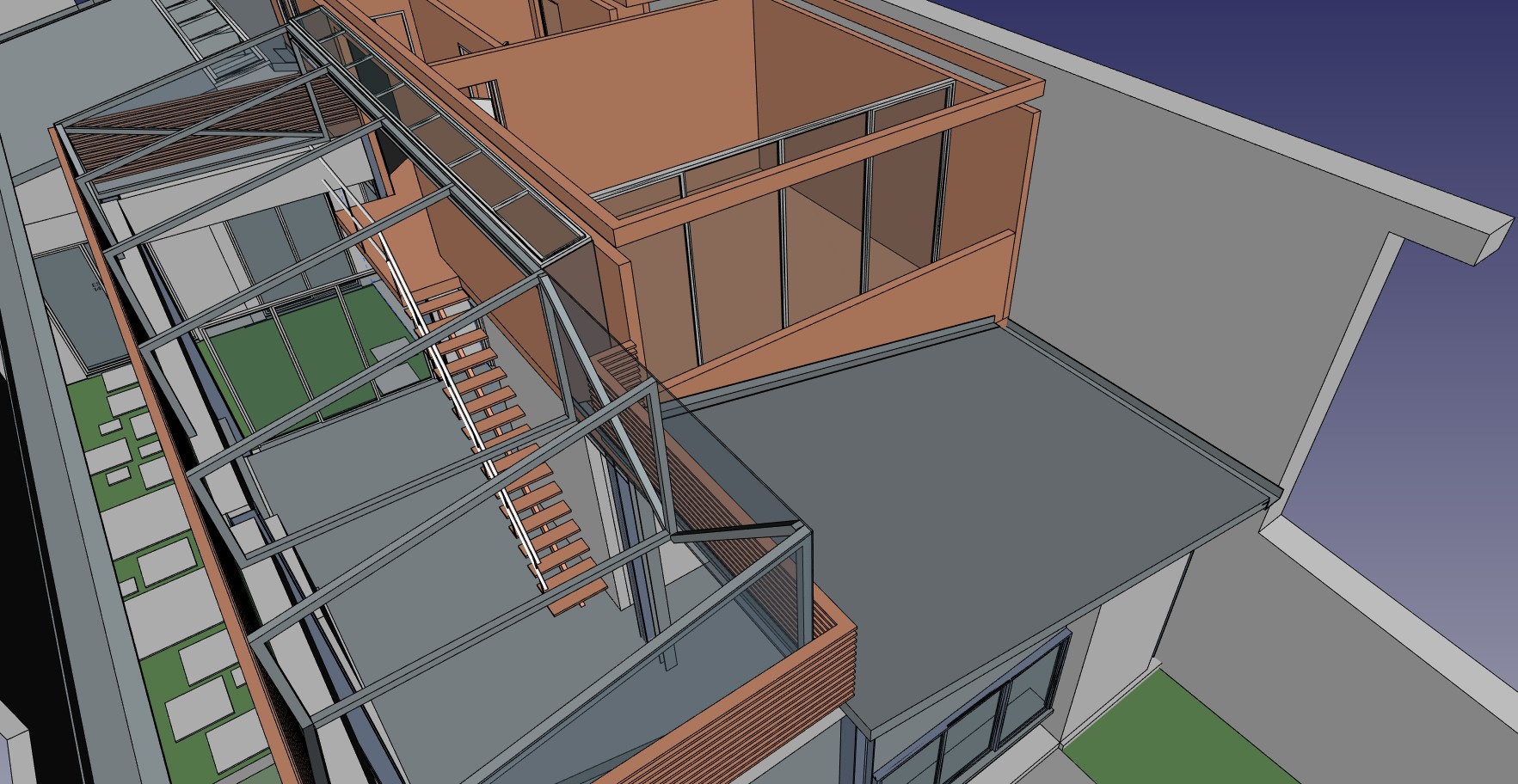 The TechDraw workbench has new patterns, which currently only work in the 3D view as they are SVG based. Yorik is investigating ways to make it export out to DXF and DWG.

The draft styling controls, such as line weights, colours, arrow styles, and text styles are now condensed into a single interface accessed by a single button, instead of being spread around. Furthermore, these styles can be applied in bulk to many objects.

There have been improvements to the FreeCAD website translations, where previously the language settings would not be remembered correctly.

Better defaults are available when setting up the BIM tools in FreeCAD.

The new Image Plane tool lets you insert an image which you can then trace over in 3D.

The material management UI now has preview icons for rendered mode and section cut mode, with UI polish and bugfixes.

The window tool now has a new awning window preset.

We’re just starting our main site, which you’re viewing right now, to help showcase news and events. We’re under construction so don’t mind if things change, but please check out our wiki, community, and live chat, and see how you can help contribute to this new site here.